Nayan Pal Rawat won Prithla, defeating second-placed Congress by 16429 votes. Bahujan Samaj Party had won this constituency in the previous election, but Nayan Pal Rawat took control of the seat with a comfortable margin in this election.

Prithla is in the South Haryana region of Haryana. It is a predominantly urban constituency. 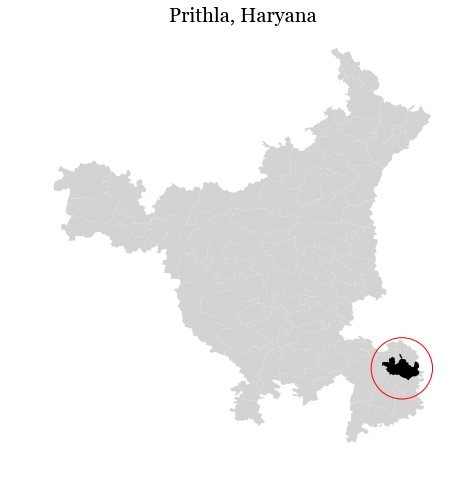 Independent candidate Nayan Pal Rawat received 44.0% of the vote, compared to 32.8% of the Congress's Raghubir Tewatia. Congress's voteshare increased by 6.9%.

The constituency saw a 3-cornered contest, with Independent, Indian National Congress, Bharatiya Janata Party all getting a voteshare of 10% of more.