The UPA swept to power in Jharkhand, securing a majority and winning 47 seats: 6 more seats than the 41 required to form a government. 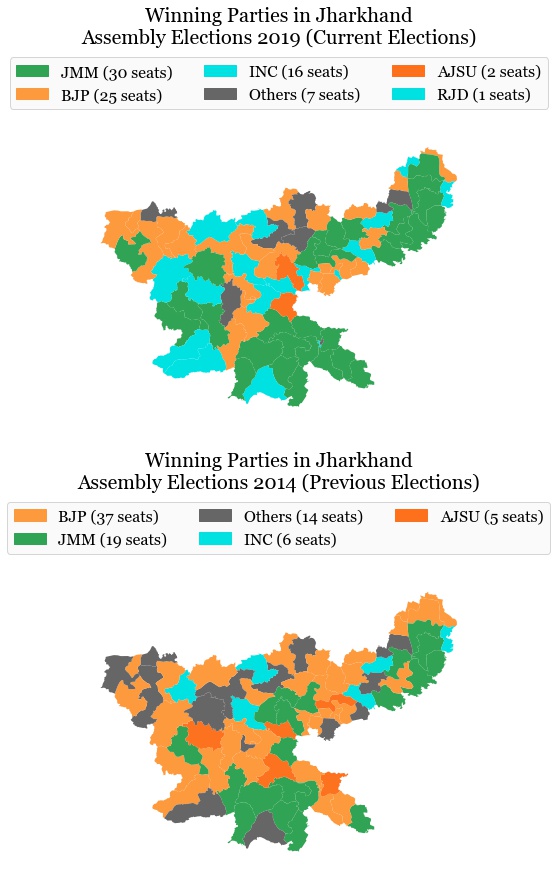 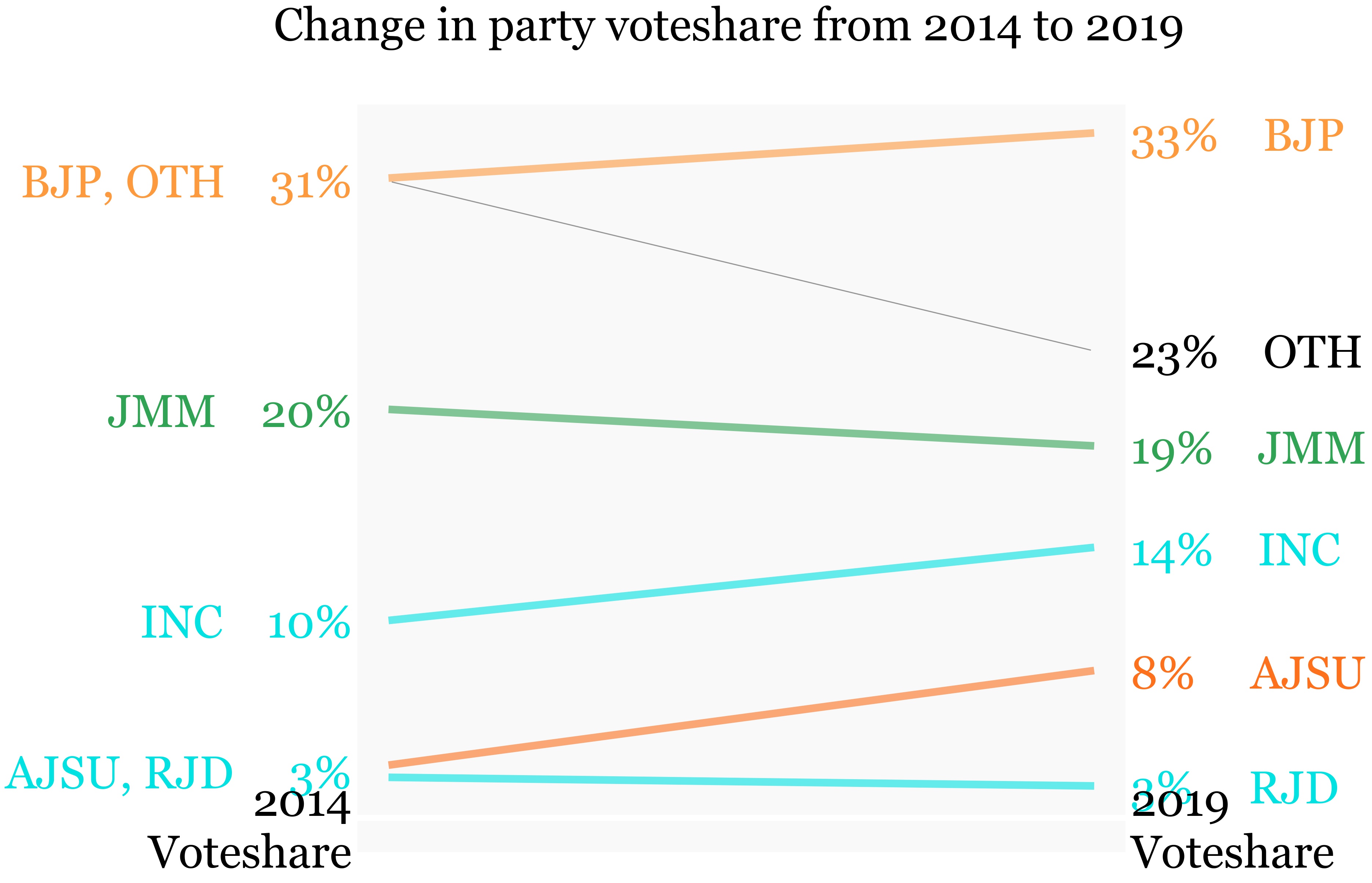 UPA performed equally well in urban areas compared to rural areas. It secured 38.9% of the urban vote, compared to 34.7% of the rural vote. This translated to 5 out of 12 urban seats and 42 out of 69 rural seats.

There was significant regional variation in election results in Jharkhand. The UPA did particularly well in Kolhan, winning 13/14 of the seats. In comparison, the region of Palamu saw a relatively more competitive race. Here, the UPA won 3/9 of the seats.

The regional breakdown of seats is shown in the tables below, sorted by the strongest to weakest areas of the UPA.