JMM won Dumka, defeating second-placed BJP by 13188 votes. BJP had won this constituency in the previous election, but JMM took control of the seat with a comfortable margin in this election.

Dumka is in the Santhal Pargana region of Jharkhand. It is also a constituency reserved for ST candidates, and is a predominantly rural constituency. 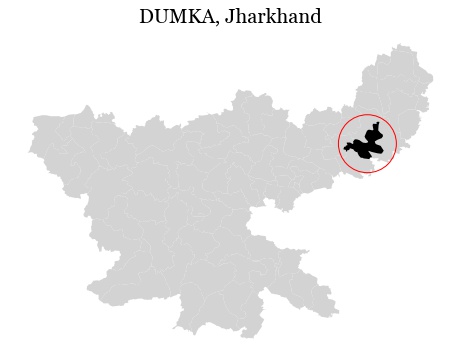 The constituency saw a 2-cornered contest, with Jharkhand Mukti Morcha, Bharatiya Janata Party all getting a voteshare of 10% of more.