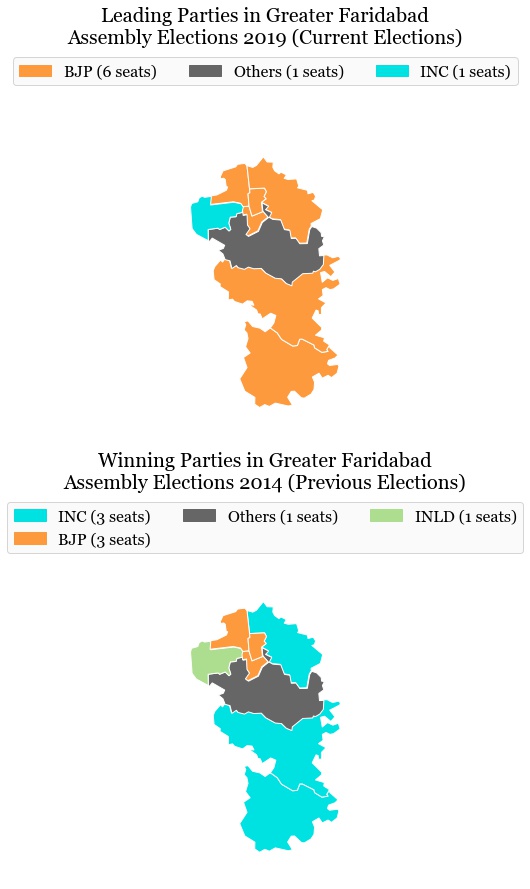 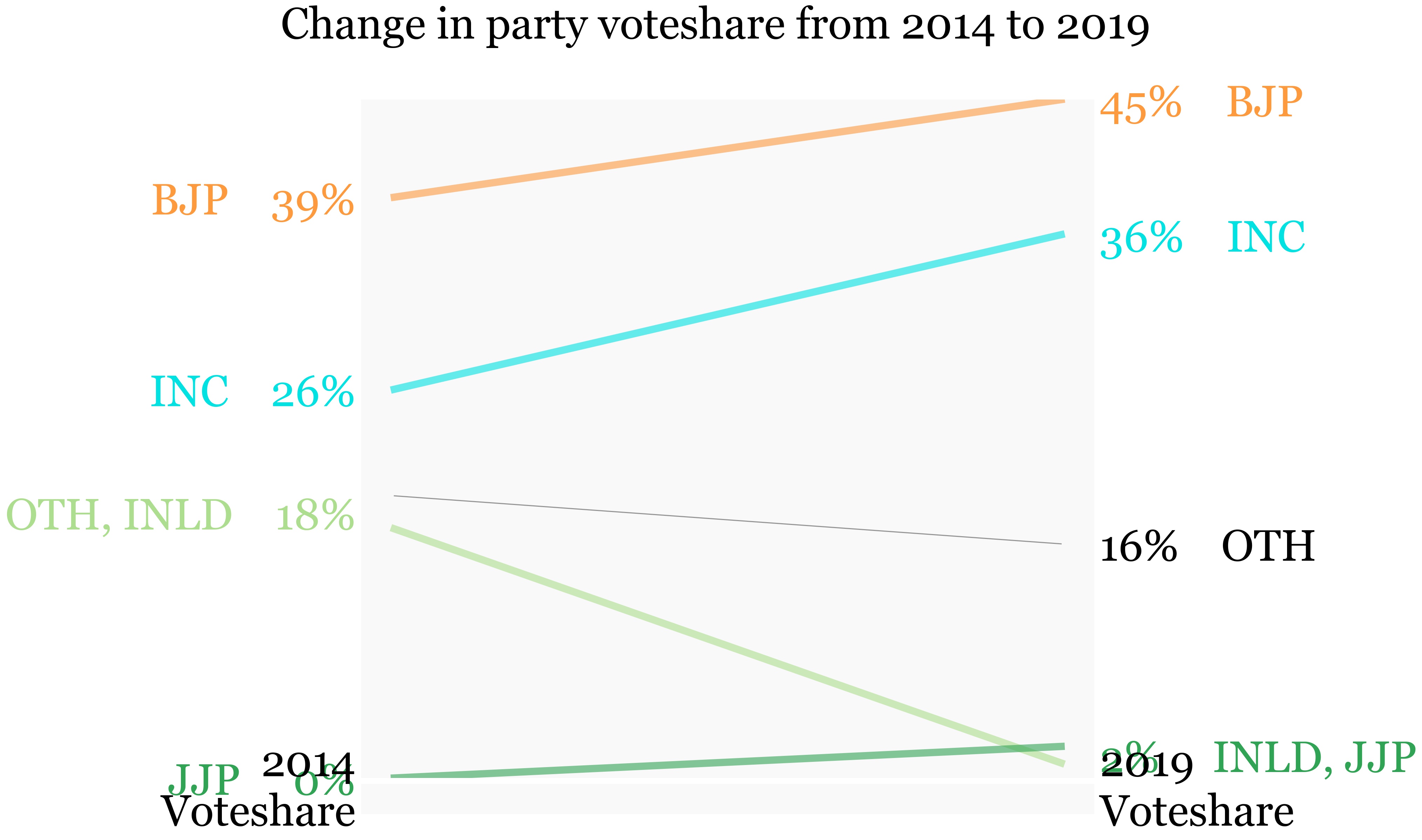 The median margin of victory increased from 6.65% in 2014 to 14.0%, indicating a relatively less competitive election.

Constituency-wise results for Greater Faridabad are included in the table below: